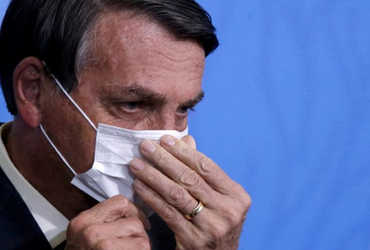 Brazilian President Jair Bolsonaro has written a letter to PM Modi urging him to vaccinate Brazil as soon as possible.

Brazil wants a Corona vaccine called AstraZeneca, which is being manufactured in India, and the Brazilian president has stepped in to take a quantity of it as soon as possible. He has written a letter to PM Modi for this.

Critics say that while Brazil is far behind neighboring countries in the vaccination campaign, the Brazilian president has appealed to PM Modi to provide Brazil with 2 million doses of the vaccine as soon as possible.

Brazil is also in talks with other countries for the vaccine.