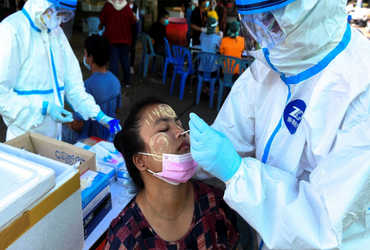 The rapid rise in corona virus cases in the Thai capital, Bangkok, has led to the closure of several locations, including the city’s schools and parks, with 279 new cases of infection and two deaths in the country on Friday.

Seven provinces, including Bangkok, have been declared a red zone, where boxing venues, entertainment venues, gyms and local markets have been ordered to close, allowing food to be packed with restaurants, and the ban enforced by mid-January Will remain