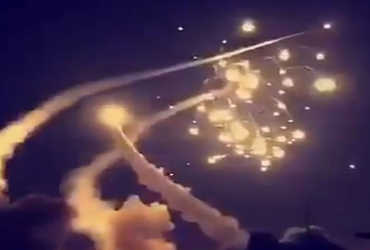 Amid the fight against the Houthi rebels in neighboring Yemen, Saudi Arabia said today that it had intercepted a missile flying over the capital Riyadh.

Saudi TV had posted a video showing an explosion in the air over Riyadh, citing officials.

Houthi military spokesman Yahya Sari said that the rebels had not attacked Saudi Arabia in the last 24 hours. The US Embassy in Riyadh warned American citizens to be vigilant in the event of further attacks. The Houthis have occupied the Yemeni capital Sanaa and the north, where the majority of the population has lived since September 2014.

Saudi Arabia and its allies have attacked the Houthis since March 2015 in support of the internationally recognized government of Yemen. The fight has been going on there for years. The capital Riyadh was attacked several times during this period. Rebel Houthis also attacked Saudi Arabia.

Internationally, the Saudi government has been blamed for the killing of civilians in the Saudi invasion, which is said to have provided weapons and missiles to Shia-led rebels, which Iran has denied.