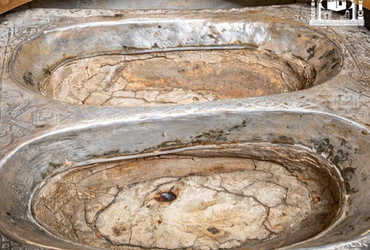 Saudi Arabia has released some inaccessible images of Maqam-e-Ibrahim at the Shahi Mosque in Mecca for the first time. In the case of Mecca and Medina in Saudi Arabia, the General Presidency captured Makam-e-Ibrahim’s approach with a new technology, using a stacked panoramic focus.

According to Islamic tradition, Maqam-e-Ibrahim is the stone whose Ibrahim used to build a wall during the construction of the Kaaba in Mecca so that they could stand on it and build a wall. The stone is decorated with gold, silver and glass frames to protect the footprints of the Prophet.