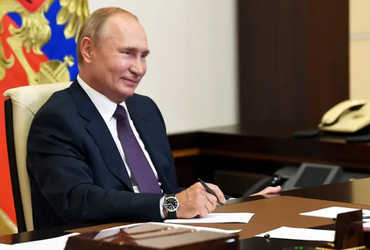 The amended bill introduced on Tuesday would not allow any Russian president to face a court case, and his family would not be prosecuted for any crime. The bill has the support of all Russian leaders. The bill passed easily in both houses of the Russian Parliament. Although the law puts cases of serious offenses and treason in the category of exceptions, former presidents can be prosecuted in this situation.

Under the new law, former presidents would have a lifetime seat in the Senate, so they would be free from court proceedings for life even after leaving office. Russia’s only former President Dmitry Medvedev is currently alive and will benefit from the new law with Putin. Medvedev is an ally of current President Putin. The assets of former presidents cannot be confiscated under the new bill.

It is part of the constitutional referendum in July this year. It also states that Putin will remain president until 2036, meaning Putin will still have two terms. The 68-year-old Putin is scheduled to finish his fourth term in 2024, but will be able to complete two and six-year terms after amending the constitution. Putin has been in power since 2000.