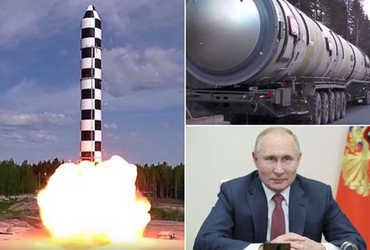 – Russia’s defense will increase the number of defense tests in the world: the risk of war will remain

Russia’s Ministry of Defense has announced that in 2021 Russia will test more than 200 missiles. Russia’s declaration will threaten world peace.

Russian President Vladimir Putin plans to test more than 200 missiles in 2021. The announcement was made by the Russian Ministry of Defense. With the declaration of Russia, concerns have spread among NATO countries.

Russia has developed the Devil-2 missiles and is likely to be tested. Satan-2 is considered a very powerful missile. The range of the devil is 10 thousand to 18 thousand km.

It is estimated that in 2020 Russia will test 200 small and large missiles. After this announcement, the stakes in the world’s defense sector will increase. As Russia’s conflict with NATO countries, including the United States, has increased, testing of such a large number of missiles has become a concern for countries including the United States.