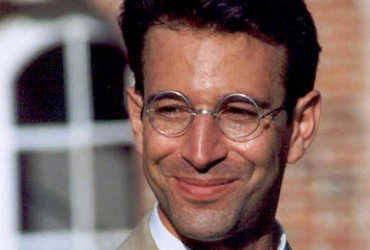 Daniel Pearl was a reporter for the Wall Street Journal, an American newspaper. He was abducted and murdered by extremists in 2008 when he came to Pakistan from the US for a story. Pearl had three years in Delhi for the Wall Street Journal to cover international events in South Asia. He was assassinated on 2 January 2006. Pearl was one of the few American journalists visiting Europe, Pakistan, after the Taliban was wiped out from Afghanistan.

It is believed that Pearl was trying to trace the link between the Pakistani terrorists and Richard C. Reid. Richard C. Reid was also known as the Shoe Bomber. He tried to fly a plane from Paris to Miami with an explosive device in his leg. Pearl was called in private for a story to lure him into visiting a terrorist organization in Karachi. Pearl blindly believed that the price had fallen. The terrorists cut Pearl’s throat and sent a video of the body to the US consulate.

Ahmed Omar Saeed Sheikh of Pakistani origin was held responsible for the conspiracy to kidnap and murder Pearl. The Supreme Court of Pakistan also sentenced Omar Sheikh to life imprisonment in the murder case of Daniel Pearl, but a Sindh court recently acquitted Sheikh of murder charges. Therefore, Sheikh’s lawyer Mahmud Sheikh has demanded immediate release of his client. The United States has expressed surprise at the Pakistani court’s decision, calling it a “sad decision”. The Pakistani government and the Pearl family have opposed the order to release Sheikh. There is pressure on the Pakistani government to take action against the terrorists, but even if it does not, it cannot convince the terrorists. However the Pearl family is fighting for injustice differently from the government of Pakistan.

The case is set to be heard in the Supreme Court of Pakistan on 6 January. More than a dozen terrorists were involved in Pearl’s murder, including Ahmed Omar Saeed Sheikh. Those who believe Sheikh to be innocent have argued that at that time there was so much pressure on the US government by the Pakistani government that it made Sheikh a scapegoat. An investigative team led by Professor Barbara Feynman Todd of Georgetown University and Asara Nomani, who worked in the Wall Street Journal, produced a report called the Pearl Project three years after the murder of Daniel Pearl.