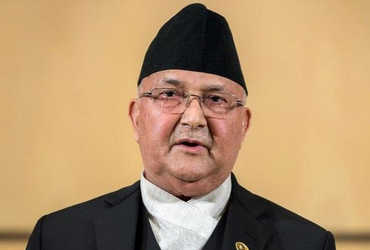 After a meeting of the Central Committee of the Chhichhore group of the ruling Nepal Community Party on Sunday, Prime Minister K.P. Sharma Oli has been dismissed from the party. His membership has been withdrawn. This was stated by Narayan Kazi Shrestha, spokesperson of Splinter Group.

Olli on Friday threatened to expel Olli from the party when he protested the decision to dissolve parliament on December 20 and hold fresh elections this April-May, a second time in less than a month. Leaders of the opposition group took to the streets.

Clarifying the internal rift in the ruling party, party president Vidyadevi Bhandari has sealed the deal. Madhav Kumar Nepal, the leader of the Communist Party of Nepal’s splinter rival faction, had earlier said that an order had been sent to Oli seeking clarification on his decision. They have not yet received an answer. ”

We have removed Oli from the post of President of the ruling Communist Party of Nepal. We will now take disciplinary action against them as they are ineligible for membership of the Communist Party. Even if he corrects his mistake, there is no possibility of sitting with him. One should not assume that Ollie would fall to his knees.

This will never happen because we implement politics based on values ​​and beliefs, ”said Madhav Kumar Nepal. The Communist Party of Nepal split into two factions as soon as Oli took the controversial above decision. Which group is given the election symbol of ‘Surya’ when both groups claim to be the official identity of the party? It is up to the Election Commission of the country to decide.