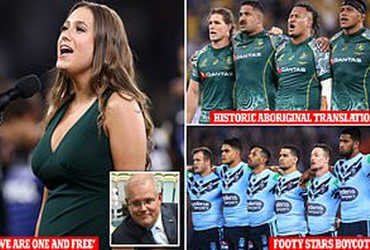 The words ‘we are young and free’ will be replaced by the words ‘we are one and free’. The Commonwealth’s recommendation to amend the national anthem was accepted by Governor General David Hurley. Prime Minister Morris said in a statement that the change was intended for all Australians.

दौरान During the past year, we have again shown Ajay Jusa of the Australians and our joint efforts have always given us the ability to survive as a nation. “The time has come for our unity to improve,” it said in a statement.

“Also, it will be relatively young as a modern country but our country is a myth because there are stories of people from many countries whose leadership we respect and believe in,” he said. The national anthem “Advance Australia Fair”, sung by Peter Dodds and first sung in 1878, was revised after consultation with the state premier and governors.