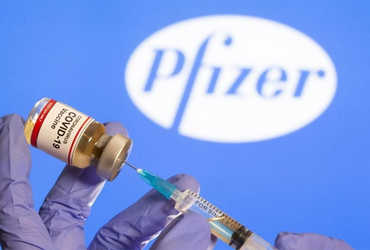 On the one hand, the United States has signed a deal with Pfizer to obtain another 100 million doses of its Corona vaccine, which has sparked a renewed debate on the issue.

Discussions are currently underway between vaccine manufacturer Pfizer and the National Institutes of Health to conduct clinical trials of people with more allergies. Operation Rap Speed’s chief scientific advisor, Munsif Slau, said the amount of reactions from December 22 appears to be higher than other vaccines.

On this issue, UK regulators have issued an advisory that people who have an allergic reaction should not be vaccinated with Pfizer-Biotech. Both regulators were informed of the case following a response from two health workers by UK regulator MHRA.

MHRA Chief Executive Drs. June Rene testified before a parliamentary committee that cases of allergic reactions were not mentioned in the intensive clinical trial. Melvie Field should be immediately informed to advise on what to do in this case.