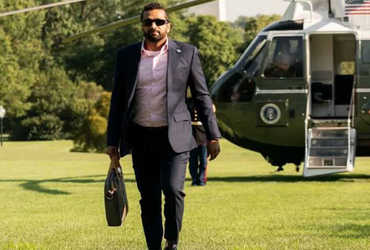 Kash Patel, the highest-ranking Gujarati-origin official in the Pentagon, has filed a 50 million defamation lawsuit against the TV channel CNN and some of its top journalists for publishing false and defamation reports.

Fox News reported that Patel, who is the current head of secretary of defense Christopher Miller, filed a lawsuit against CNN and its reporters in a Virginia court on Friday.

Patel, who served in the White House before leaving the Pentagon, alleged in his case that CNN filed defamation and false reports against him between November 24 and December 4.

For Patel, who has been a top aide of California Republican Rep. Devin Nunes, CNN has published completely unfounded articles about Patel as a pro-Trump conspiracy theorist.

His lawyer said, “The reports he published were simultaneously abusive and discriminatory against Patel. With a sense of revenge. All these reports were part of a larger conspiracy to discredit Kash Patel in 2018 and till now.”

The baseless left was malicious articles promoting politics’. He declined to comment when asked about the case by CNN. Kash Patel from New York is from Gujarat. His parents came from East Africa. His mother was from Tanzania and his father was from Uganda. He came to America from Canada in 1970.