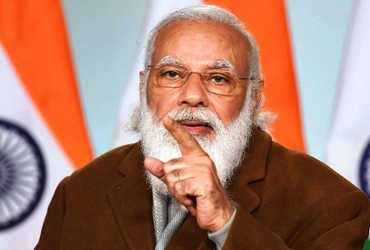 Criticizing the violence in Washington DC in the US, Prime Minister Narendra Modi said that the transfer of power can happen peacefully. There was no need for violence.

Thousands of outgoing President Donald Trump’s supporters stormed Capitol Hill in Washington DC, USA, trying to capture the Senate. A woman was killed by a police bullet due to a violent storm. The Prime Minister was talking about the same.

He said that nothing can be achieved in democracy through illegal and violent protest. Apart from India, Canada, Britain and other European countries also expressed concern over what is happening in the United States.

Two former US presidents, Barack Obama and Bill Clinton, have blamed Donald Trump for the violence.