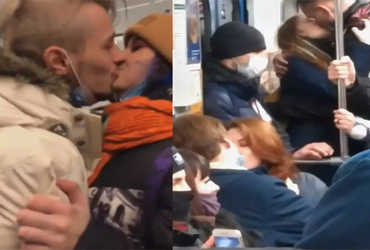 The corona virus has led to a lockout in many parts of the country and a lack of patience in public places. Something similar has happened in Russia when people, fed up with Corona restrictions, started kissing people on the metro in protest.

In the Russian city of Yekaterinburg, many couples kissed and protested in the moving metro. Some of them said, “Our intention is not to hurt anyone’s feelings or harm any public service.” In fact there are many musicians who are speaking out against these Corona Bains. Our protest is against these restrictions and we fully support the music industry.

People associated with the group further said that the government had increased the risk of viruses in concerts and restaurants and banned them from going to night clubs and evening shows. While people are traveling in a crowded metro but the government does not care. While the risk of infection is high in such cases.