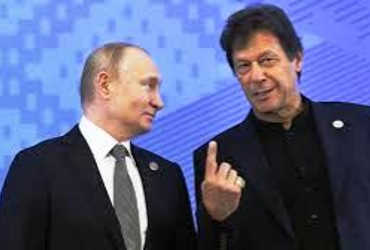 -It is a project that increases India’s stress

It was learned that Pakistan was laying a 1,100 km long gas pipeline with the help of Russia, an ally of India. The pipeline will enable Pakistan to operate more liquid gas terminals.

Russian companies will lay 1122 km of pipeline from Qasim port of Karachi to Punjab province. There was a recent agreement between Pakistan and Russia on this issue.

According to a statement issued by the Government of Pakistan, the project will usher in a new era of economic cooperation between Russia and Pakistan. Russia’s investment in Pakistan was the first step in this direction. Russia and Pakistan recently held a joint military exercise. India had also lodged a protest with Russia on this issue.

According to a report, Russian President Vladimir Putin himself showed interest in the Pakistani project. The two countries considered the agreement important in strengthening economic and military cooperation. Earlier, Russia helped set up an oil and gas development company and a Pakistani street mill in Pakistan. Russia’s investment in Pakistan remains a concern for India.

India and Russia have been very close friends since the 1950s. But in recent times, Russia and Pakistan have been getting closer to each other. That situation is also worrying for India.