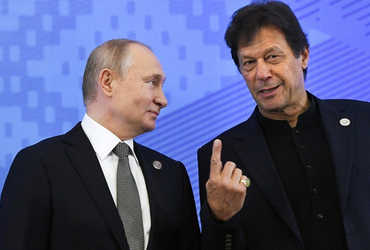 On the global front, Pakistan is once again humiliated. After Russia’s Foreign Minister’s visit to Pakistan, Russia has dismissed all claims made by Pakistan as “fake”.

Meanwhile, sources close to the Russian diplomat say that Pakistan has a long tradition of exaggerating its relations with Russia. Russia is not going to sell weapons to Pakistan. All the news that has come out about this is completely fake.

Earlier, Pakistani media had given much importance to Russian Foreign Minister’s visit to Pakistan and said that Putin had promised to provide whatever to Pakistan.