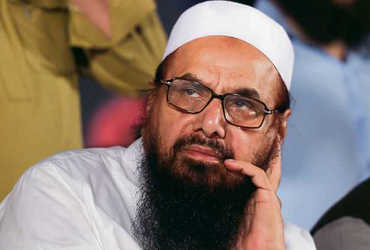 Hafiz Saeed, the mastermind of the Mumbai attacks and the president of the banned Jamaat-ud-Dawa, has been sentenced to 15 years in prison by an anti-terrorism court in another case. The court also imposed a fine of two lakh Pakistani rupees on Hafiz Saeed. An anti-terrorism court in Lagor has convicted five leaders, including Hafiz Saeed. Hafiz Saeed has already been sentenced to a total of 21 years in four terrorist funding cases. After getting this punishment, Hafiz Saeed will now have to serve a sentence of 36 years in Kot Lakhpati Jail. All these sentences will run in parallel. The Pakistan government has given the YP protocol to Hafiz Saeed in jail.

Hafiz Saeed is a tank declared by the United Nations. Marika also announced a 10 crore award. Hafiz Saeed was arrested in a terrorist funding case last July. He was sentenced to 11 years in prison in two terrorist funding cases within February. Toll was sentenced to 10 years in prison in the other two cases in November. The four leaders convicted on Thursday along with Saeed include Abdus Salem, Zafar Iqbal, Yahya Mujahid and Mohammad Ashraf. All these have been punished as well as fines.

The court also sentenced Hafiz Saeed’s brother-in-law Abdul Rahman Makki to six months. Hafiz Sai and his associates were brought to court amidst tight security to deliver the sentence. There are a total of 41 cases against JUD leaders in various Pakistani courts. Out of which 28 cases have been decided. The JUD Army, led by Hafiz Saeed, is an organization of Toiba. A total of 166 people were killed in the terrorist attack in Mumbai by the same organization.