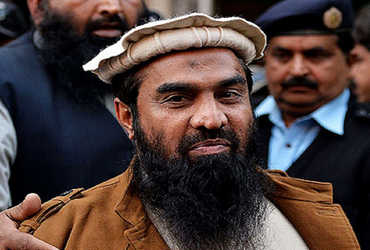 Lakhvi was arrested a few days before FATF pressure on Pakistan increased.

Lashkar-e-Taiba operative commander Atanki Zakiur Rahman has been sentenced to 15 years in prison in Pakistan. He was arrested a few days ago in a case related to Terror Funding. On Friday, the Anti-Terrorism Court in Lahore sentenced. Zakiur Rehman Lakhvi is the mastermind of the Mumbai terror attacks.

A case of terrorist funding was registered against Zakiurrahman Lakhvi inside Lahore. He was accused of collecting money in the name of the hospital and using it for terrorist activities. This money is mainly used to prepare new terrorists.

Zakiur Rahman has also been declared a terrorist by the United Nations. Despite being in Pakistan, the Pakistani government did not arrest him. Tewama is currently in the process of taking action against Pakistan by the Financial Action Task Force (FATF).

Hafiz Saeed was also involved in the Mumbai terror attacks along with Zakiur Rehman Lakhvi. He was also jailed in this case, but has been out on bail since 2015.