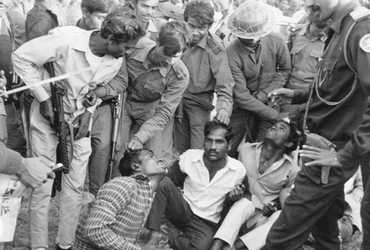 Pakistan has not yet apologized for the 1971 genocide in Bangladesh, and 50 years later, Bangladesh’s Minister of State for Foreign Affairs, Shahriar Alam has once again appealed to Pakistan to formally apologize.

He made the demand during a meeting with the newly appointed Pakistani Ambassador to Bangladesh Ahmed Siddiqui, who said that the Pakistani army had killed about 3 million innocent Bangladeshis during the 1991 Bangladesh Liberation War.

He also stressed the need to bring more Bangladeshi products to Pakistan to reduce trade difficulties and said that the current balance of trade between the two countries is more profitable for Pakistan.