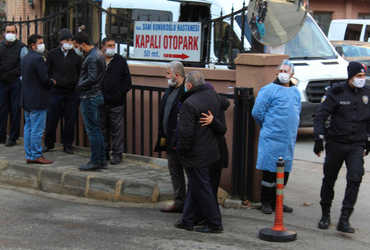 Oxygen ventilators are used to protect those most affected by the corona virus. Such efforts are being done all over the world. This same oxygen ventilator caused some deaths in Turkey. Nine Corona patients have died after an oxygen cylinder burst inside a Turkish hospital. So many people have been injured. Governor Fee said the incident occurred in the ICU of the Private Military University Hospital in Gaziantep. An explosion in the ventilator also caused a fire in the hospital.

The accident occurred when oxygen equipment exploded in the ECU of the hospital at 4:45 am. Corona patients were being treated within the same unit. According to the hospital, the age of the deceased is between 56-85 years. Others being treated at the hospital have been shifted to another hospital. The President of Turkey has expressed his condolences on this tragic incident.

This is not the first such incident. This has already happened in many countries. Corona patients have died in a hospital fire. Last month, a fire in a hospital in Romania killed at least 10 people. Talking about Gujarat, due to the recent fire in the hospital, many people have lost their lives in Gujarat.