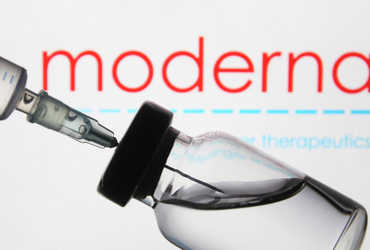 Once again the risk of corona virus on the world is increasing. World anxiety has increased after a new strain of the corona virus in Britain. This new tension has increased people’s fears and has also raised many questions. Amidst all this, American vaccine maker Modern claims that the corona vaccine they have developed is also completely effective against new strains of corona found in Britain.

Corona vaccines have been developed by many pharmaceutical companies, including Modern. Which America has started giving to the people. At that time a new strain of Corona has been found in the UK, which is questioning the utility and potential of the vaccine. The question on people’s minds is whether this vaccine is also effective against new strains.

In a statement, Modern stated that she was planning to test her vaccine against the new Corona strain. The company said it hopes the vaccine, which has recently been approved for emergency use in the United States, is also effective against the new strain. The modern company will conduct additional tests in the near future to test its vaccine.

The news is heartening amid fears of a new Coronan strain being found in Britain. Like the Pfizer vaccine, modern vaccines are to be stored at low temperatures. The effectiveness of this vaccine was claimed to be 94 percent within the trial.