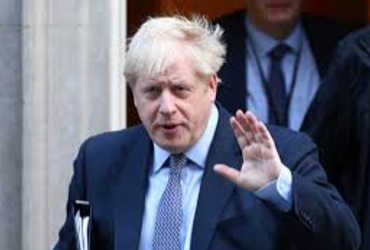 Action was taken against the new tension of Corona

As a precaution against the new Corona tension in Britain, Prime Minister Boris Johns announced a one-and-a-half month lockdown.

A new strain of corona is beginning to spread in Britain, where vaccines are being given to protect against previous corona. Its effect was also seen in India. Travelers going from England to India also saw the effect of Corona’s new tension.

All unnecessary shops and malls in Britain will be closed. Currently there is no activity in haircutting salons, restaurants etc. However the restaurant will be able to continue the service. As of Monday evening, there were 26,626 patients in England hospitals. This increase was 30 percent higher than the previous week.

The Prime Minister said that Corona was forced to implement a one-and-a-half month lockdown as a precaution against the new tension. Even school college students will not be able to return to campus until the end of February. In a nationwide speech Monday night, Boris Jones said that the country was going through a very difficult time. The government was being forced to impose a lockdown to protect Corona from new tensions. It is hoped that people will understand this issue and cooperate in the efforts of the government. The corona was spreading rapidly in every part of the country. At that time it was necessary to take strict steps.

Children’s education can be done online. Health workers advised people not to leave the house except for compulsory work. People can go out to buy the necessities of life. Otherwise do not get out of the house. Prior to the announcement, the Prime Minister had indicated that stern action would be taken against Corona and Corona’s new tensions. There was no other option.