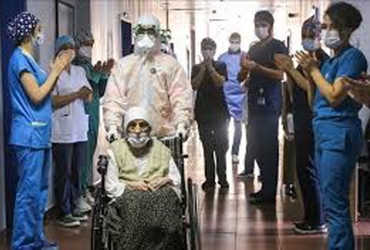 According to a new study, older people are treated, who should try to increase immunity rather than anxiety. Research also found that production of antibodies to Kovid-19 is delayed and does not last long.

There is also a possibility that the elderly should not be exposed to this reason. Research was done on 800 elderly people who had been treated for corona. New research has also found that the speed is much higher in the elderly due to lack of antibodies.

According to the head Professor of Transfusion Medicine, Tulika Chandra, the study was done on elderly people who have recovered from the infection and donated it to a plasma bank. Half of the 800 donors, or 400 donors, were found ineligible.

Some were underweight or HIV positive. 70 patients had a material history, but never tested positive in the RT-PCI procedure. 3 of them had more than three months to recover.

There were 227 donors who proved to be correct according to all standards, but did not have antibodies in their blood. Fifty years or older were among such donors. King George Medical Uni. The study conducted by found that antibodies in people over the age of fifty are depleted very quickly.