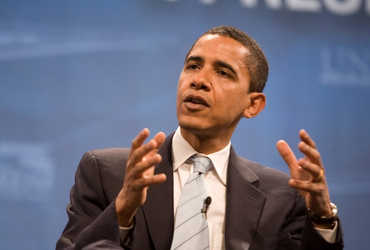 – America and Barack Obama questioned after the report was released

America has been working hard for decades to fight terrorism. Apart from this, it is also trying to stop terrorist funding. There have been shocking revelations after a report surfaced in the US. The report is related to the administration of former US President Barack Obama. The report states that the Obama administration has provided financial support to a terrorist organization called Al Qaeda. It is not that the work was done inadvertently but al Qaeda was funded intentionally.

The report was recently released by a US Senate committee. The report said that the Obama administration has provided financial support not only to al Qaeda but also to other terrorist organizations associated with it. Both the US and Barack Obama have been questioned since the report surfaced. The United States is proving to be a backdoor, contributing heavily to curbing terrorism.

The report said that during the tenure of US Senate Finance Committee Chairman Chuck Grassley, the Obama administration received US $ 2 million in grants. The report has been prepared after examining this grant. In which this shocking revelation has been revealed. The report stated that World Vision, an organization associated with Christianity in the United States, provided financial support to an Islamic relief agency affiliated with Al Qaeda.

Incidentally, an American organization called Vishwa Darshan is also working in India and is a member of Inter Action. This organization is the largest among international NGOs. Significantly, there was a big reveal last year. It revealed how US government agencies help terrorist organizations in Pakistan and the Middle East. There have been shocking revelations after the investigation. Which proves once again that America’s chewing and showing teeth are different.