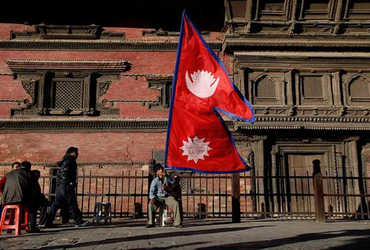 There is a long history of upheaval in Nepal’s politics and this situation has come to the fore again. The parliament was dissolved exactly three years after the last general election, and the new mandate elections were announced in two phases on 30 April and 10 May. This was the first time in three years after political turmoil in Nepal in decades that the country had a stable government with a majority based on democracy. People had expectations from this government, but now all expectations have fallen. Oli has put the country in peril to protect his government personally from some disgruntled people of his party.

The government was formed by a two-thirds majority

Three years ago, CPN (UML) formed an alliance led by KP Sharma Oli and CPN (Maoist) under Prachanda. The coalition won a two-thirds majority in the election. Shortly after the formation of the government, the two armies merged. But it was not long before the activities surfaced, which PM Oli also mentioned during his recent national address. While Oli has been accusing senior party leaders of causing distortions, party presidents like Prachanda, Madhav Kumar Nepal and Zala Nath Khanal have long accused Oli of unilaterally running the party and the government.

No PM could complete his term

Nepal’s 10-year civil war ended in 2006 with a peace deal, and two years later, Nepal’s Constituent Assembly elections were won by Naxalites. This marked the end of the 240-year-old monarchy. The constitution was approved in 2015. But democracy started in Nepal but instability persisted. There have been ten Prime Ministers in Nepal since the commencement of Parliament. No Prime Minister has completed a five-year term.