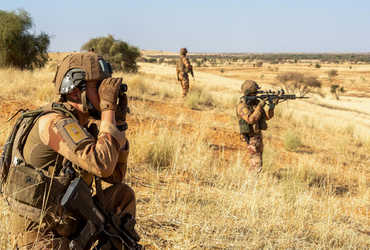 More than 70 people have died in a terrorist attack in the African country of Nigeria. According to media reports, the militants attacked two villages along the border with Mali, killing 70 people. More than 20 people were injured in the attack.

Emergency has been in force since 2017 due to civil war in the violent region. Terrorists have targeted two villages here. The Nigerian government has accused Mali’s armed group of carrying out terrorist attacks by infiltrating its state border. No terrorist group has yet released an official statement on the attack.

Many terrorist organizations associated with Al Qaeda and Islamic State are active in the area. In Nigeria, 10 people were killed in an attack by terrorist organization Boko Haram on 27 December in Borno State. According to Borno’s provincial government, the attackers targeted four villages. The militants first attacked the city of Azar where government offices and a police station were targeted.