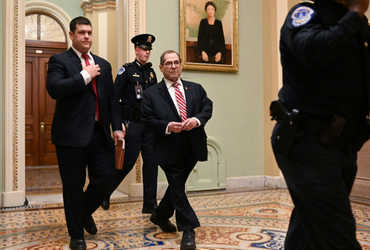 Former US President Donald Trump introduced a bill banning Muslims, including people from Muslim-majority countries, as well as Iran, North Korea, Syria, Libya, Yemen, Somalia and Venezuela. He said that this step will help protect America from terrorist attacks.

The House Judicial Committee Chairman Gerald Nadler and Judy Chew introduced the anti-discrimination (no ben) bill for non-tourists of national origin in the House of Representatives on Friday. The bill was introduced in the Senate by Chris Sins. Indian-American lawmakers Amy Bora, Ro Khanna, Pramila Jaipal and Raja Krishnamurthy are supporting the bill. Nadler said when the Trump administration announced a ban on Muslim travel, it became clear that it was not only unconstitutional, but also morally significant.

“I am happy that President Biden took the bold step of lifting these restrictions and on the very first day he re-employed many families,” he said. This law will ensure that no future president can ban people just because of religion. On the other hand, Senator Kahns says that we have lifted the Muslim ban, but we also have to write a future in which no president can discriminate against any society. Muslims were pre-deliberately banned. Through this bill, we want to ensure that such discriminatory actions by the President never happen again.