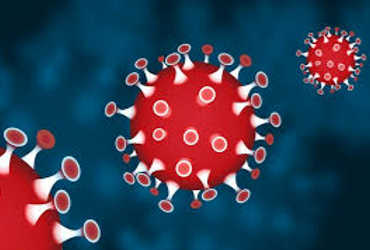 New Delhi / London, Ta. 21
There was a rush to see new Corona in Britain. Countries around the world have postponed air travel with Britain amid fears of a new strain corona virus outbreak. In addition to the UK, the new strain corona virus was found in Denmark, the Netherlands, Australia, Italy and South Africa.
India has banned all flights from the UK following the discovery of the new Corona virus. The outbreak of corona in Britain has been banned by many countries besides India. Several countries such as Russia, Morocco, Canada, Israel, Italy, Spain, announced the closure of air trade with Britain.
The news of a new strain of the virus in Britain made it a matter of concern worldwide. According to experts, the new strain corona virus originated in Britain, but it was also found in Denmark, Netherlands, Australia, Italy and South Africa apart from Britain. Not only this, the government health department has also been put on high alert because there is a possibility of new strain virus in France and Spain.
Corona cases are increasing in Britain. Meanwhile, several European Union countries have banned flights from the UK. India has also banned all flights from the UK in view of the Corona situation in Britain. All flights were canceled from midnight. Passengers on earlier flights underwent intensive medical examination.

An official statement from the Civil Aviation Department said that the UK had banned all flights until 31 December. After 21 review of the situation again, the next decision will be taken.
Prior to India, countries including the United States, Germany, the Netherlands, Greece, Jordan, the Gulf countries, Belgium, Colombia, the Czech Republic did not enter British flights after confirmation of the new type of corona virus in Britain.