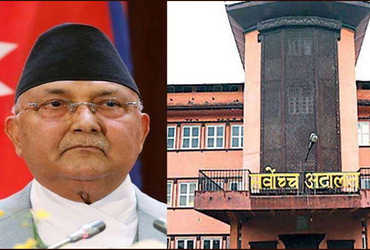 The decision to send the notice was taken by Chief Justice Cholendra Shamsher Rana and four other judges of the constitutional bench of the Supreme Court of Nepal. The 275-member parliament of Nepal was dissolved following Oli’s recommendation.

Subsequently, the Supreme Court of Nepal has sent a notice to the Prime Minister’s Office and the President of Nepal asking for a specific reason for dissolving the Parliament. On the other hand, the confrontation between both Oli and Prachanda is increasing.

In the midst of this situation, Olli called a cabinet meeting on Friday. Prachanda, on the other hand, has claimed that he has removed Oli from the post of party president. And now he has declared himself head of the party. On the other hand similar efforts are being done by Oli.