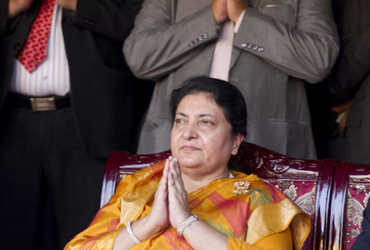 In the meeting, Oli’s readiness to take drastic action against him could create a split in the party

Prime Minister’s. Following the recommendation of P. Sharma Oli, the President of Nepal dissolved the Parliament of Nepal and paved the way for a new election. The move has sparked political controversy in Nepal. P Sharma had made several allegations against Oli. Now the mid-term elections will be held in April next year.

After which, there will be mid-term elections in Nepal in April next year. There will be two-phase voting in Nepal, the first on 30 April and the second on 10 May. This information was given in the information released by the President of Nepal.

The current ruling party of Nepal, the Communist Party of Nepal, is divided between Oli and Prachanda. Oli is being criticized by his own party for the current move. Party spokesman Narayanji Shrestha said the decision to dissolve the parliament was unconstitutional and democratic.

The ruling party will convene a meeting of the standing committee to discuss the dispute. Former Nepal Prime Minister and ruling party leader Madhav Kumar also termed Oli’s move as unconstitutional. In Nepal, both Oli and Prachanda merged into each other in 2018, but the current situation suggests that the two may split again.