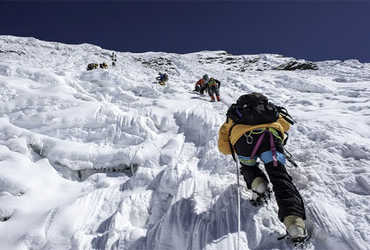 Till now this record was in the name of an Indian

The organizers said in a statement that 43-year-old mountain guide Mingma Tenji Sherpa of Nepal has set a world record by climbing Mount Everest twice in the shortest time in a single season.

Sherpa, who hails from Shankhuwasabha district in eastern Nepal, first reached the summit of Everest on 7 May and then reached the peak of Mount Everest on 11 May, setting a world record.

This information was given by Mingma Sherpa, chairperson of Seven Summit Treks, who organized the mountaineering. He said that Mingma Tenji Sherpa has reached the summit of Everest twice in only four days, which is a world record.

Earlier in 2017, Indian mountaineer Anshu Jamsenpa had conquered Everest twice in 2017 in 118 hours and five minutes. However for any female climber, this record will still remain in her name.