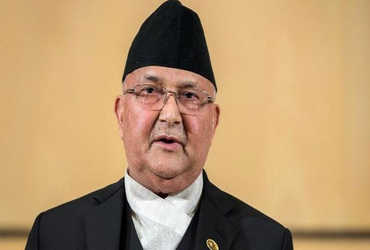 A spokesperson of the ruling Communist Party of Nepal said that Nepal’s Prime Minister KP Sharma Oli has been thrown out of his own party, along with Pushpa Kamal Dahal aka Prachanda, leader of the anti-Oli faction, he has ruled Nepal’s ruling Communist Party Acted against Ollie as a spokesman for. Membership of PM Oli has been canceled, and the decision has been taken in the absence of PM Oli and his supporters.

The leaders of the Oli faction were not involved in the meeting of the Communist Party of Nepal, but PM Oli may refuse to accept the decision of Prachanda supporters. Pushpa Kamal Dahal Prachanda, who is leading the opposition party in the party, has opened a front against Oli for the past several months. It is being expressed that the Communist Party of Nepal, shattered by political instability, will split into two at some point.