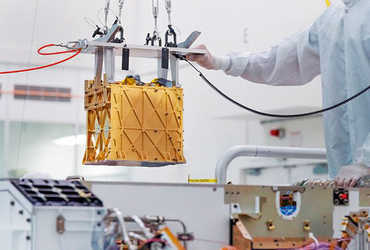 Washington: Traveling to Mars is difficult due to lack of oxygen. If there can be oxygen, there may be more serious attempts to reach Mars. Fortunately, NASA’s spacecraft persistence processed the atmosphere there on Mars and produced 2.5 grams of oxygen. This is the first time in history that someone has produced oxygen on Mars.

NASA fitted the instrument named Moxie to the fixture spacecraft. Whose job was to prepare oxygen on the surface of Mars. The operation has been successful. It took about an hour to prepare 2.5 grams of oxygen. This amount of oxygen can take an astronaut ten minutes to breathe. This is a great research towards future Mars expeditions. There is no oxygen on Mars, but it has been proven possible. A major obstacle to Mars was the lack of oxygen. As there is no oxygen, it has to be carried along and the weight of the rocket is increased greatly with it. Meanwhile, NASA said that the helicopter engine landed on Mars made its second successful flight.

According to NASA, on 9 April, the helicopter flew for the second time and flew for 21.5 seconds. The helicopter will fly some more in the coming days.