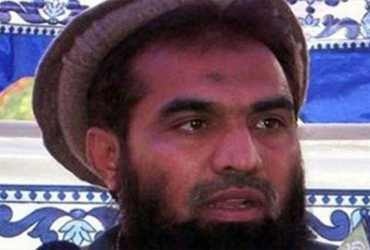 Lakhvi’s arrest on the charge of financing terrorists is also considered a Pakistani drama. Pakistan had to take this action due to international pressure.

He has been arrested by the Counter Terrorism Department (CTD) of Punjab province of Pakistan from Lahore. It was banned by the United Nations as a declaration of international terrorism.

Lakhvi has been working for Lashkar-e-Taiba and also for funding terrorists. The arrest comes in the wake of a case filed against him in Lahore. He later collected money from people in the name of social service and later used them for terrorist attacks.

Earlier, Hafiz Saeed was also caught doing similar work. Pakistan is pretending to take action against terrorists by taking up such small matters at the grassroots level when in reality these terrorists are involved in carrying out large-scale attacks in countries including India on which Pakistan is silent on the issue.

Pakistan has been put back on the gray list by the FATFA for failing to take action against terrorists. Therefore, Pakistan has started a drama to arrest terrorists in Bhish.

According to a statement issued by the CTD, Lakhvi will now be hearing in a court in Lahore. The Lashkar-e-Taiba of Hafiz Saeed and Zaki-ur-Rehman Lakhvi were behind the 2008 Mumbai attacks. In which case both of these are against the terrorist. No action has been taken yet.