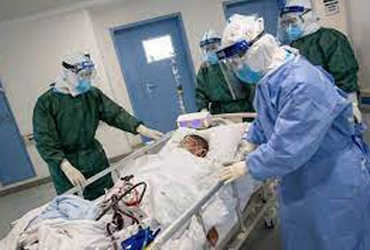 Rapid vaccination in rich countries has led to a decline in the number of new cases of corona in those countries, giving the wrong message that everything is fine.

Despite the declining trend in developed countries, more than six lakh new cases of corona are coming out every day in the world. In countries such as Colombia, Brazil and Malaysia, the epidemic is not taking its name. The world’s top health officials are emphasizing more international cooperation to address disparities in vaccination.

Meanwhile, the celebration of Eid in the Muslim world for the second consecutive year has been hampered by the Koro epidemic, which has forced the closure of mosques. The buildings are being turned into rubble by Israeli warplanes bombarding Gaza.

Hamas has appealed to the people not to offer namaz at home and not to go out in the open. In Indonesia and Malaysia, for the second year in a row, people have traditionally not returned to their hometown to celebrate Eid due to the Koro epidemic.

In Jakarta, people performed namaz by wearing masks. However, despite the lockout, people from Bangladesh’s capital Dhaka went to their village to celebrate Eid in large numbers. Experts have feared the spread of India’s corona mutants in a country that is facing a vaccine shortage.

In the past 24 hours, there have been 4,887 new cases of corona in Thailand. About 60 per cent of the cases are registered in the two jails of the capital. Meanwhile, the Government’s Scientific Advisory Group for Emergency-SEZ has organized a review meeting in the UK on variants spread in India.

Prime Minister Boris Jones told Parliament that the version was more contagious, raising concern. There have been 800 cases of this type in the UK. The decision to relax the lockdown will be based on the report submitted to the SEZ India variant Wish government. According to the data released in Britain, the infection has been halved.