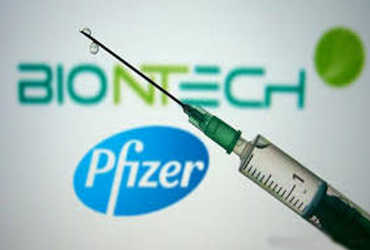 Cases of the UK version of the corona virus have also been reported in the United States and France. On the other hand, with the World Health Organization (WHO) approving the Pfizer-Bioentech corona vaccine for emergency use, the corona vaccine will now be available in poor countries such as Europe and America.

Regulators in every developed country approve the corona vaccine but many countries do not have such a system, so they rely on the approval of the World Health Organization. After this approval, the import and vaccination of this corona vaccine will open the door in many countries.

The World Health Organization (WHO) stated that the vaccines were to be stored at very low temperatures and a distribution plan would be established in countries with power outages and freezers.

Mike Adams, director of the Royal College of Nursing, said people who don’t wear masks or who don’t maintain social distance are offended. Now the war-like situation is over. The number of new infections in and around London has doubled since the spread of the virus, which is believed to be 70 percent more contagious.

Given the difference between new cases, hospitalizations, and mortality, an epidemic is expected in the coming months. The UK now ranks second in Europe with 74,000 deaths.

Meanwhile, a young man from Martin County in the US state of Florida has been diagnosed with a subtype of the UK corona virus. This is the third case in the US. B.1.1.7. The new virus first appeared in Colorado and California. Even this young man has not traveled anywhere recently.

The CDC and the Florida Department of Health are currently investigating. On the one hand, the Corona epidemic is plaguing me, on the other, bulls on Wall Street are also pulling the strings. The Nasdaq Composite has grown more than 44 percent this year. Shares of companies such as Tesla and Zoom were seen rising. Tesla prices rose 750 percent.

A bodyguard of Philippine President Duterte reported the corona vaccine after meeting the president. The country’s defense minister said the government had not approved any Corona vaccine, so it was smuggled. But he justified the bodyguard’s move, saying it would protect the president from corona infection. The Health Minister said that it was not known which vaccine the organ keeper had injected and which vaccine he had injected.