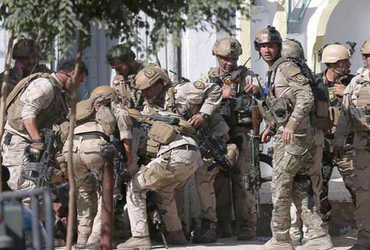 A statement from Afghanistan’s Defense Ministry said on Twitter that 75 Taliban militants were killed in operations in the districts of Arganabad, Danda, Zaria and Punjab. While many have been injured, the current number of injured is over 20.

The Taliban were preparing to attack the Afghan army stationed in the terrorist area, which was carried out after receiving information from the army. On the other hand, Taliban attacks killed at least 480 civilians in just three months. While more than one thousand civilians have been injured.

The attacks on the Taliban included 35 suicide bombers and 507 attackers. Afghan government spokesman Tariq Aria said the ongoing attacks were a form of war crime and should not be tolerated under any circumstances.

On Friday, 15 children were killed and more than 20 injured in a Taliban attack in Ghazni. Two months ago a suicide bomber in Kabul killed at least 24 people. On one hand, the Taliban are negotiating with the government and on the other, they are carrying out attacks.