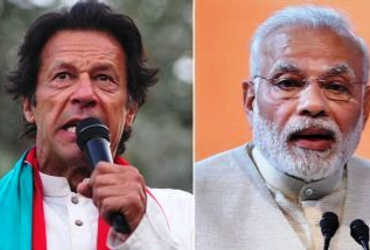 Maryam openly stated that India had continuously pushed Pakistan and that Imran Khan’s incompetence and cowardice were responsible for it. Pakistan’s opposition parties have been rallying against Imran Khan for some time. More than once, Mariam Nawaz and other leaders publicly stated that Imran Khan is the backbone of the Pakistani Army and the Prime Minister with the Army’s back.

Maryam said that Jammu and Kashmir fell into Modi’s lap due to Imran Khan’s idiotic policies. Imran Khan’s policies have been foolish. If Pakistan loses Kashmir, the entire country will be injured. Maryam also alleged that Imran Khan did not have the capacity to save Kashmir. He said that Imran repeatedly alleged that Nawaz Sharif was a friend of Narendra Modi. But why forget the fact that Imran himself handed over Kashmir to Modi. When the government is weak and formed with the support of the military without the support of the people, the enemy in the neighborhood will carry out such attacks. Imran Khan is the only Prime Minister supported by the army. Maryam also openly accused the people of the country of not making him prime minister. He said that there is a big difference between a true Prime Minister and a fake Prime Minister. If Nawaz Sharif were still the Prime Minister, Modi himself would have come to Pakistan and congratulated him.