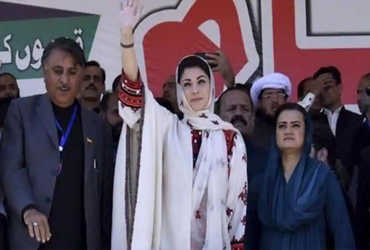 Opposition groups on Friday called for a boycott of the Imran Khan government in Pakistan. And Imran Khan got a tough fight, while Mariam Nawaz thrashed the Pakistani army for her defeat in Siachen.

In his address, Pakistan Muslim League-Nawaz (PML-N) President Maryam Nawaz said that while the political forces in the country start fulfilling their promises, some forces (Pakistan Army and ISI) were notorious for partition. When he became concerned, we saw that former army chief Lt Gen Ahmed Shuja collected political waste and replaced it with Pakistan Tehreek-e-Insaf (Imran Khan’s party).

He further said that when politicians in the country were sentenced to death and their character was questioned, while some people committed even more serious crimes by violating the country and the constitution, losing Siachen and Kashmir and in politics They pledged not to interfere. Has not been held accountable for.