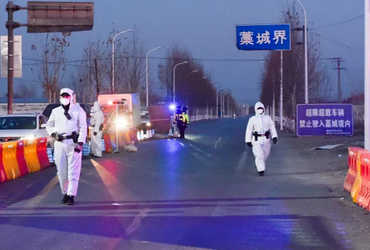 People in the northern Chinese capital and largest city of Hebei have been banned from leaving their homes as a precautionary measure against the spread of the corona virus.

Of the 52 cases reported by the National Health Commission on Thursday, 51 were of Abel. A total of 20 cases were reported from across the province, including Beijing. Authorities in Xi’anzong, with a population of 1.1 million, began mass trials and banned gathering of crowds. Apart from not leaving home and the city, people and vehicles from the city area were also asked not to leave the high risk area.

On Tuesday, Hebei entered wartime mode, meaning that investigative teams would be stationed in every city, province and district headquarters to identify the infected people as well as those who came in contact with them. Chinese government media previously reported that Shijiazhuang Province banned people from entering the city from the main railway station.

The number of asymptomatic carriers infected with SARS-Covi-2 virus increased to 79 from 64 a day earlier. Since the first case of Corona appeared in Wuhan in the last days of 2019, the total number of Covey-19 cases in China has increased to 87,278.