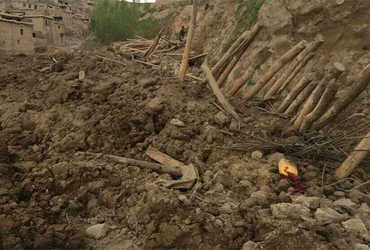 A large avalanche killed 14 people in Afghanistan’s Badakhshan province. While five others were injured. On Thursday, a landslide occurred in Zarandab village in Radhistan district.

Efforts are being made to help those trapped in the tragedy in the Taliban-dominated area. This is not the first avalanche disaster in Afghanistan. Hundreds of people have lost their lives in the last landslides in the country.

Earlier, a series of avalanches took place on February 4–6, 2017 after 114 days of heavy snowfall in villages bordering Afghanistan-Pakistan, killing 114 people.

100 of them were from Afghanistan. 50 of these 100 belonged to the same village. Hundreds of houses collapsed in the central and northeastern provinces after the tragedy. In 2015, the last avalanche in Panjshir province of the country killed more than 100 people.