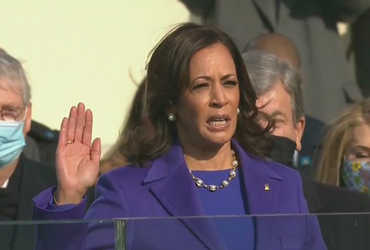 World leader America has got a new president today as Joe Biden. Biden was sworn in as the 46th president at the swearing-in ceremony in Washington DC. When Kamala Harris was sworn in as America’s first female vice president.

Lady Gaga and Jennifer Lopez also performed at the swearing-in ceremony. Lady Gaga sang the American national anthem, while Jennifer Lopez sang one of America’s most popular ballads, This Land Is Your Land.

Kamala Harris of Indian origin was sworn in as Vice President of the United States. Kamala Harris first tweeted after being sworn in. He tweeted that he is ready to serve.