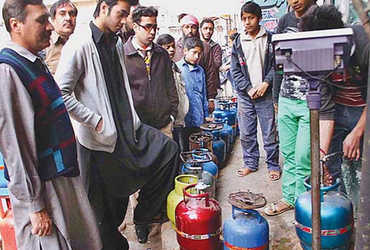 In Pakistan, Imran Khan’s government failed to procure gas on time, people may suffer loss, gas shortage in Pakistan in the new year, 500 million standard cubic feet of gas per day in Pakistan gas supply company Sui North With the shortage of gas, the company has no option but to cut gas supply in the power sector.

In Pakistan, Imran Khan’s government failed to procure gas on time, could hurt people, create gas shortages in Pakistan in the new year. Due to the shortage, the company has no option but to cut gas supply in the power sector.

According to the Pakistani newspaper The News, reducing the power sector’s LNG supply to local consumers will not alleviate the crisis, even if there is a shortage of 250 million cubic feet of gas per day, officials say. That would be the biggest shortage of gas between January 4 and 20.

Pakistani officials said that the people of the country would no longer have to bear the brunt of not buying gas on time, Pakistani officials said the supply of gas to the chemical industry had already been cut, with the crisis when a tanker carrying gas from Nigeria was four The day was running late. Meanwhile, gas supply has been disrupted and people in states including Punjab have been forced to produce low-fuel food, and the government is now cutting gas supplies to industries.