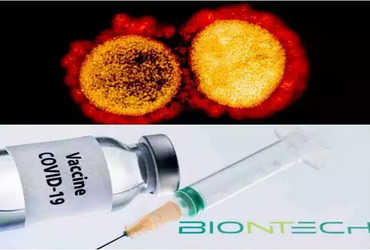 A new strain of corona virus has been found in Britain, giving rise to renewed fears around the world, many countries have canceled flights to Britain, screening resumed at airports, WHO member states Decided to call a meeting, although the WHO said that it would decide to call a meeting of all European countries, on the other hand, Germany’s biotech claims that it can produce the vaccine within 6 weeks, if it is a virus mutation. If faced with this, Pfizer and Modern are also testing their own vaccine on the new strain. .

BioNTech co-founder Ugur Sahin said on Tuesday that it was highly likely that his vaccine would be effective against strains. The resulting immune response can counter the new virus variant, he said, adding that if necessary, we can make a vaccine that mimics an entirely new mutation. Technically we can produce such a vaccine in 6 weeks.

The vaccine is being developed in association with the American company Pfizer of the vaccine. Sahin said that if a variant is found in Britain, it has 9 mutations, not one that usually occurs. He expects the Pfizer-Bioentech vaccine to be effective, as it has replaced more than 1000 amino acids and only nine. So this means that 99 percent is protein.

Britain’s Health Secretary Matt Hancock has warned that London could be kept closed for months, adding that it would be difficult to stop the spread of the virus until the vaccine became available. has been applied. She will now have to cancel her permission to visit 3 homes for 5 days during Christmas.