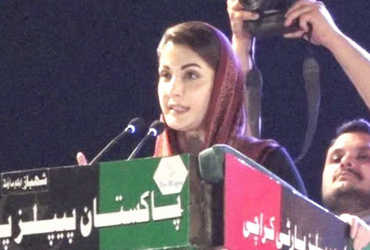 Maryam Nawaz said that Imran Khan often says that Nawaz Sharif is a friend of Modi, but he himself has lost Kashmir to the Indian Prime Minister. Maryam said that when the Prime Minister of the country is weak, his decisions prove fatal. This is why a weak government has been formed, which is why an enemy like India is attacking in this way. He said that the foolishness and incompetence of Imran Khan has been proved here, the Kashmir which has fallen in the lap of Narendra Modi is a proof of weak government.

When Nawaz Sharif is in government, Modi himself has to come to Pakistan on foot. This is the difference between a true and fake prime minister. He also accused Imran of bargaining for Kashmir. Has often criticized the military.