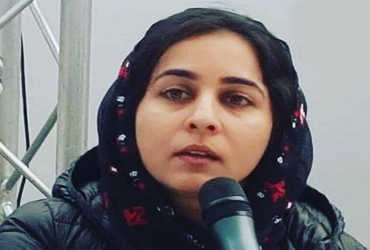 Karima Baloch, a Pakistani woman activist who exposed the atrocities on the people of Balochistan by the Pakistani government and military, has been murdered in Canada. Pakistan is suspected of joining the ISI.

Karima Baloch, who has consistently voiced against Pakistan’s dictatorship and fought for human rights, was named one of the 100 most powerful women in the world in 2016.

Karima was spotted around 3 pm according to the Canadian police. After which no information could be found. His body was later found from the shores of Harborfront Lake. His family also said that he was killed.

Karima was known worldwide as a woman activist, and she also spoke out against the atrocities committed on the citizens of Balochistan by the Pakistani government and military at the United Nations. He has also been the president of the Baloch Students Union.

This is not the first case in which the citizens of Balochistan have been killed. Earlier, the body of Baloch journalist Sajid Hussain was found in Sweden. Who was behind Karima’s murder is under investigation, but it is suspected that the murder was carried out by Pakistan’s spy agency ISI.

Karima considered Indian Prime Minister Narendra Modi her brother. He also sent a message on Rakshabandhan Day in 2016. He also appealed to India to raise the issue of international atrocities against the citizens of Balochistan.