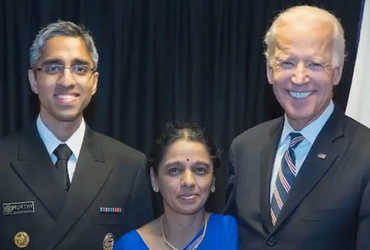 Joe Biden, who was elected as the President of the United States, made his policy clear by appointing 20 Indian Americans, including two Kashmiri women, to run the White House at various places.

It is a matter of pride for Indians, who make up only one percent of the total American population. Of those appointed, 17 will work in the White House. Neera Tandon was appointed director of the extremely powerful committee on budget and management.

Uzra Zeya was then made Under Secretary for Civil Defense, Democracy and Human Rights. Prior to this, Uzra Zia was in the Foreign Service. The American administration has now publicly recognized the commitment of the Indian American community for years. I am particularly glad that there are so many women. MR Rangaswamy, founder of IndiaDispora said that our society has really served America.

Similarly, another woman, Sabrina Singh, will serve as deputy press secretary in the White House. For the first time, two Kashmiri women, Ayesha Shah and Sameera Fazli, were also given greater responsibility in the White House. Therefore Bharat Ramamurthy was made the Deputy Director of the National Economic Council.

Gautam Raghavan will be the Presidential Personnel and Vinay Reddy was appointed as the Director of the team to write Biden’s speech. Young Gujarati Vedanta Patel will serve as Assistant Press Secretary to the President in the briefing room. Apart from this, Tarun Chhabra, Sumona Guha, Shanti Kalithal, Sonia Aggarwal and Vidur Sharma will also work in Biden’s team at the White House. Neha Gupta will be in the White House Council’s office, while Reema Shah will be the deputy associate counselor.