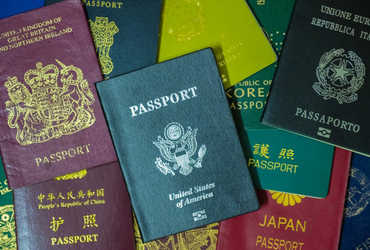 – Citizens of Japan can visit Visa for free in 191 countries

Like every year, Henley & Partners, has also been declared the Passport Index Global Ranking this year. This is a list in which the country is ranked on the basis of passport. This list determines which country has the most powerful passport in the world. You may have thought of America as soon as you heard the powerful word, but in the case of passport, Japan’s name is at the top. For the fourth consecutive year, Japan has retained the number one position on the list.

The ranking is based on the number of visa-free trips a citizen of any country can make on their passport. This means that citizens of that country can go to any country without obtaining a visa in advance, depending on how powerful their passport is. Visa-free travel to countries offering Visa on Arrival is possible. Citizens of friendly countries are provided with such facilities.

Talking about India, India ranks 85th in the list of powerful passports. Citizens of India can travel visa-free in 58 countries. So America is seventh, China is 70th and Pakistan is 107th.