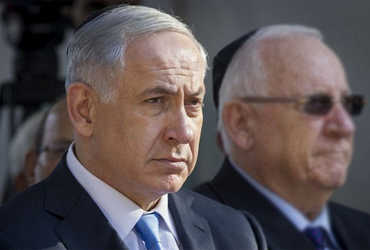 – Election for the fourth time in two years: Netanyahu will be charged with corruption

Israeli Prime Minister Benjamin Netanyahu’s government has returned home. Thus, there are re-elections in the country. Netanyahu had to support Benjamin Gates’ Blue and White Party because he did not have a majority, but Benjamin Gantz objected to the budget and the government eventually collapsed. Benjamin was the Minister of Defense in the government. But there was a rift between the two leaders from the beginning.

The government also had trouble presenting this year’s budget due to a rift between the two parties. Neither party won a majority in the last election. But instead of supporting Benjamin on behalf of Muslim Arabs, Netanyahu offered to form the government and make Benjamin the Minister of Defense.

The two parties were blaming each other for the budget, preventing the budget from being presented. In the end, the same thing happened. Netanyahu’s government collapsed. Benjamin Gaddi insisted on approving the 2030 and 2021 budget simultaneously, while Netanyahu ignored the demand. As a result, the distance between the two grew and today the two separated and the government also came home.

In particular, there are several corruption cases against Netanyahu that will run next month. If Netanyahu is found corrupt, his party could be given a tough fight in the next March elections.