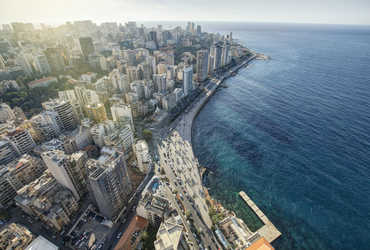 Bairat, ta. 25
Israeli planes flew far over the Lebanese capital of Beirut. Sometime later, media reports claimed that a bombing had taken place in Syria.
Israeli planes flew over the Lebanese skies. Israeli planes flew so close to the capital city of Beirut that people’s lives were cut. Civilians claimed that Israeli aircraft were loaded with missiles. There are rumors that Israeli planes will launch missiles at Lebanon, causing considerable tension.
Media reports claimed that an explosion occurred in the Syrian province of Hama soon after the incident. The bombing occurred shortly after noon in front of a mosque in the central Syrian city of Massif. Reports even claimed that the Syrian Air Force retaliated in response to the Israeli attack.
Syria has not released any information on who was targeted in the attack and how many people were affected. Lebanon also protested that Israeli planes violated their airspace.
Neither the Israeli Air Force nor the Israeli government has issued an official statement on the issue of an attack in Syria or violations of Lebanese airspace.
There was an explosion in Lebanon’s capital, Beirut, on August 4, killing more than 200 people. Then there is a possibility of attack in Beirut.