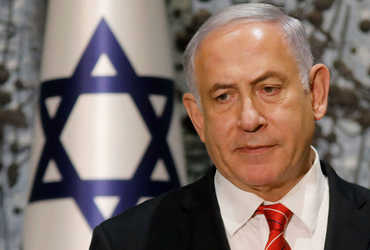 Hundreds of people have died in a bloody fight between Israel and the Palestinian terrorist group Hamas. Israel is also retaliating in response to the rocket attacks by Hamas.

On the other hand, the tweet by Israeli PM Benjamin Netanyahu on Sunday morning is also being debated in India, as he thanked 25 countries around the world, including India, for supporting Israel in the conflict.

“We thank these 25 countries for standing firmly with the Israeli flag and supporting Israel’s right to self-defense against terrorist attacks,” he wrote in a tweet. Canada, Colombia, Cyprus, Georgia, Germany, Hungary, Italy, Slovenia and Ukraine.

Ever since Israel’s conflict with Palestine began, senior leaders of the ruling Bharatiya Janata Party have been supporting Israel. However, there is a section in India that is supporting Palestine. As a country, India has not yet made a statement on the matter.

Representing India on the issue, India’s envoy to the United Nations TS Thirumurthy said the two countries should maintain the status quo. India condemned the rocket attack from Gaza and called for an end to the violence as soon as possible.

Israeli PM Netanyahu, however, has announced that Israel will continue its attacks until the safety of our citizens is ensured. The terrorist organization Hamas is committing double crimes. It is targeting our citizens and using them to hide Palestinian citizens.